You are at:Home»Politics»Far Right»Rock Against Racism: the photographs of Syd Shelton that define an era

Syd Shelton’s images, collected in his book Rock Against Racism, capture a period charged with thrills, anger and the threat of violence.

On 30 April 1978, Syd Shelton was woken by people parading past his building in Charing Cross Road, singing Clash songs. It was 4am but Shelton, a photographer and activist from Yorkshire, was delighted. He was helping organise a Rock Against Racism march later that morning from Trafalgar Square to east London. A stage had been set up in Victoria Park and the Clash were playing, as were Steel Pulse, X-Ray Spex and the Tom Robinson Band, but the organisers were worried no one would walk seven miles to see a concert. “When I went down at 7am,” Shelton recalls, “there were already 10,000 people in the square.”

In the end, nearly 10 times that number marched to Victoria Park. It was a coup for Rock Against Racism, which had been staging only small events for two years. Its mission was to challenge racist tendencies in British music – the spark was a rant by Eric Clapton at a gig in Birmingham, praising Enoch Powell and urging Britain to “get the foreigners out” – but it had a wider social agenda too. The National Front was on the rise, and tensions between communities were being stoked by the rightwing press, and by the police, which many perceived to be institutionally racist.

Shelton joined Rock Against Racism in 1977. “My first real involvement was in Lewisham. The National Front organised an ‘anti-mugging’ march and we put on a big counter-demonstration.” He shot rolls of vivid photos and continued to document the struggle over the next four years.

Rock Against Racism made a point of bringing artists of different colours together on the same stage. You can see the diversity in Shelton’s collection: Jimmy Pursey and Steel Pulse saluting the crowd at the Victoria Park carnival; Misty in Roots and Tom Robinson group-hugging at Alexandra Palace.

The audiences were mixed too. “It was such a great mish-mash,” recalls Shelton, “from hardline SWP supporters to people who were simply anti-racist.” He stresses that they weren’t merely preaching to the converted: “I came across a photo today of a woman called Sharon who had been a racist skinhead but Rock Against Racism changed her mind. She became one of our main activists. We saw it as an argument we had to win.”

The movement staged some 500 gigs around the UK before dying down in the early 80s. (It was reborn two decades later as Love Music Hate Racism.) “I don’t mean to suggest the fight is over – that would be ridiculous to say when you look at the current situation in Calais – but music had changed; it had become more multiracial and that was fantastic.”

Paul Simonon of the Clash at the Rock Against Racism/Anti-Nazi League carnival in Victoria Park, 30 April 1978

Aswad playing The Southall Kids Are Innocent gig at the Rainbow theatre, London, 1979

“This was taken at one of two benefit gigs we put on at the Rainbow theatre in Finsbury Park. We were raising money to defend 700 people who’d been arrested at a demonstration against the National Front in Southall, during which the activist Blair Peach was killed and Clarence Baker, the manager of Misty in Roots, was beaten so badly that he ended up in a coma. As well as Aswad, we had the Pop Group, the Clash, the Ruts and Pete Townshend, who loaned us the PA. Both nights were totally sold out. They were two brilliant gigs.”

Mick Jones and Paul Simonon of the Clash, London 1977 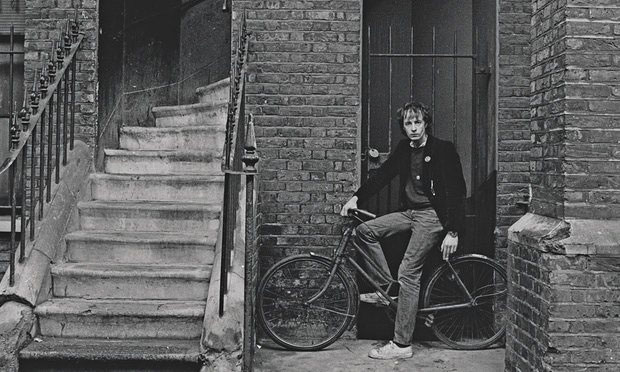 The Anti Nazi movement, RAR Carnival March Against the Nazis & Rock Against Racism concerts in London’s Victoria Park and others, as recalled by photographer and activist, Syd Shelton. The National Front arose in the late 70’s UK much like the racist Tea Party Patriot & Trump movement in the USA of today. Syd Shelton was amongst a multi-racial coalition of musicians, artists, activists and citizen supporters who created effective counter-narratives to vicious nationalist white supremacists and took their message of racial unity and opposition to the streets and airwaves.

Shelton photographed pivotal anti-racist performances by acts such as The Clash, Elvis Costello, Misty in Roots, Tom Robinson, Au Pairs and The Specials.

The photographic archive of Syd Shelton, is a unique repository of this pivotal period in Britain when difference was championed as a form of empowerment, anti-establishment and as a post-modern artistic statement. Shelton helped capture the history-making RAR Carnival through memorable photographs that are shared through this video.