You are at:Home»Multimedia»Art»Gustav Metzger, pioneer of auto-destructive art movement, inspiration to The Who

Metzger launched the auto destructive art movement in protest at rising consumerism, proliferation of capitalism, and building of nuclear weapons.

Gustav Metzger, the political activist and artist who pioneered auto-destructive art and whose works included a bag of rubbish, has died in London at the age of 90.

Metzger shot to prominence in Britain in the late Fifties when he launched the auto-destructive art movement in protest at rising consumerism, the proliferation of capitalism, and the building of nuclear weapons. “Atomic physics,” Metzger once said, “was the worst thing that happened in the 20th century.”

He described the movement as “a desperate, last-minute, subversive political weapon […] an attack on the capitalist system [and] an attack also on art dealers and collectors who manipulate modern art for profit”. 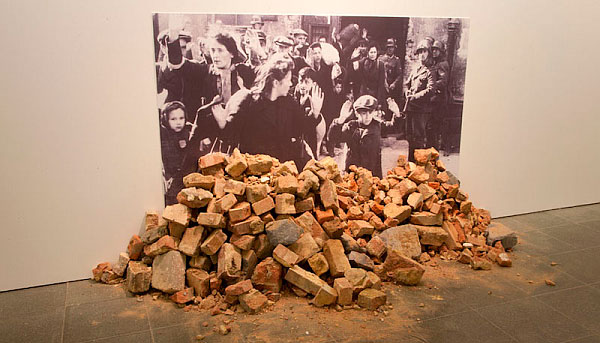 Gustav Metzger, Historic Photograph No.1: Liquidation of the Warsaw Ghetto 1943

One of Metzger’s best known works involved throwing acid over nylon sheets in central London, causing them to disintegrate within 20 minutes. “The important thing about burning a hole in that sheet,” Metzger later said, “was that it opened up a new view across the Thames of St Paul’s cathedral. Auto-destructive art was never merely destructive. Destroy a canvas and you create shapes.”

In his 1959 manifesto on auto-destructive art, Metzger wrote: “Self-destructive painting, sculpture, and construction is a total unity of idea, site, form, colour, method, and timing of the disintegrative process.”

The Who guitarist Pete Townshend, who studied with Metzger, was an advocate of the movement and believed his trashing of guitars on stage was an act of auto-destructive art. During the Sixties, some of Metzger’s projections were featured at The Who concerts. 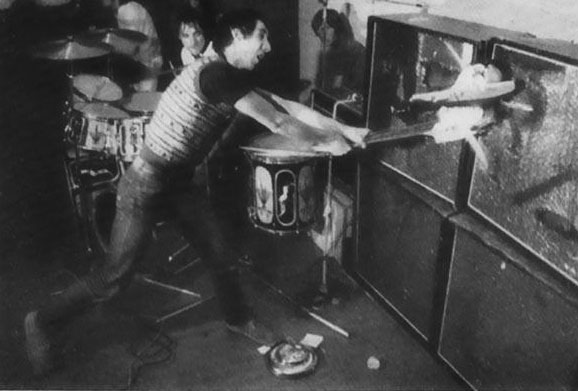 The Who guitarist Pete Townshend, who studied with Metzger, believed his trashing of guitars on stage was an act of auto-destructive art.

In 1966, Metzger organised the Destruction in Art Symposium in London. During the event, one artist, John Latham, set fire to a stack of books in front of the British Museum.

Metzger was born in 1926 in Germany to Polish-Jewish parents. He arrived as a refugee in Britain in 1939 via the Kindertransport, which helped 10,000 children flee the Nazis. His parents were killed in Germany in 1943. “Facing up to the Nazis and the powers of the Nazi state coloured my life as an artist,” he said in an interview in 2012.

“When I saw the Nazis march, I saw machine-like people and the power of the Nazi state,” Metzger once said. “Auto-destructive art is to do with rejecting power.”

Metzger, who studied art in Cambridge, London, Antwerp, and Oxford, spent his life doing just that and was once arrested for civil disobedience during a protest against the building of nuclear weapons. Between 1977 and 1980, Metzger went on strike and refused to create any work at all. 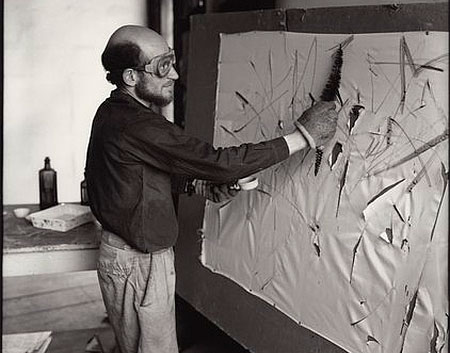 Even much later in life, Metzger continued to attack what he perceived as the negative impact of capitalism and consumerism. In 2007, he founded the Reduce Air Flights initiative, in response to the globalisation of the art market. Artists were encouraged not to fly to art fairs in order to promote and sell their work.

One of Metzger’s most famous works is Flailing Trees, which was exhibited at the Serpentine Gallery in 2009. It consists of 15 upturned willow trees embedded in concrete and is meant to illustrate the devastating effect of global warming. “Artists have a special part to play in opposing extinction,” he said, “if only on a theoretical, intellectual basis.”

In 2004, a cleaner at Tate Britain mistakenly threw out one of Metzger’s artworks, mistaking it for a bag of rubbish. It was later retrieved but Metzger felt that the work was ruined and replaced it with a fresh bag of rubbish.

A spokesperson for Tate Britain said at the time: “An artwork by Gustav Metzger in Tate Britain’s Art and the Sixties exhibition is made up of several elements, one of which is a rubbish bag included by the artist as an integral part of the installation. The bag was accidentally removed and damaged but was subsequently replaced. ”

Each visible fact absolutely expresses its reality.
Certain machine produced forms are the most perfect forms of our period.
In the evenings some of the finest works of art produced now are dumped on the streets of Soho.
Auto creative art is art of change, growth movement.
Auto-destructive art and auto creative art aim at the integration of art with the advances of science and technology. The immediate objective is the creation, with the aid of computers, of works of art whose movements are programmed and include “self-regulation”. The spectator, by means of electronic devices can have a direct bearing on the action of these works.
Auto-destructive art is an attack on capitalist values and the drive to nuclear annihilation.