You are at:Home»Politics»Far Right»Why we need a mass movement to counter the rise of the far right

We have to organise at every level on the left to stop the situation getting worse and to assert an alternative to the politics of scapegoating and racism.

The sight of 10,000 people led by fascists marching through London is incredibly worrying for all of us on the left. It is doubly worrying that the counter-demonstration amounted to only a small fraction of that number and was clearly in danger from attack at various points. The march reflects a number of things: the general growth of right-wing sentiment across the developed world, with its focus on attacking Muslims and migrants; the turn of UKIP from its failed electoral path towards a far-right street fighting alternative; the attempt by the presently jailed Tommy Robinson to build a broader far-right movement on the basis of crude Islamophobia and nationalism; the bankruptcy of a weak and nasty Tory government.

This development has been both predictable and predicted. The Democratic Football Lads Alliance has managed at least for now to bring together the rag tag and bobtail of tiny fascist and extreme right-wingers into a more coherent and larger right-wing force, given momentum by Robinson’s imprisonment for contempt of court and, on a wider level, by the alt-right internationally. The Dutch Islamophobe Geert Wilders addressed the demo and it was sent a message by Donald Trump’s former right-hand man, Steve Bannon.

It is a sign of the deep political polarisation in the decade since the great financial crash of 2008. We have seen a growing discontent with mainstream parties and the growth of parties to the far right and far left. In Britain, Labour has maintained its popularity only as a result of the election of its most left leader, and the adoption of an anti-austerity manifesto. In countries such as France, Germany and Italy, traditional left social democratic parties have in contrast seen their support collapse. Discontent with traditional right-wing parties such as the Tories has also been evidenced by the Brexit vote and the lack of support for the party at last year’s election.

We have seen the far right in government in the US which obviously has a huge impact on right-wing forces worldwide plus in a number of European countries such as Hungary, Poland, Italy and Austria. The pressure of the rise of the far right is also leading to the main parties, including those of the left and social democracy, adopting similar policies against Muslims and immigrants. Denmark is the latest country to ban the Muslim women’s dress, a move accompanied by the Social Democratic Party adopting much more stridently anti-Islamic policies.

Britain has escaped the worst of this so far for two main reasons. One is the relative success until last year of the electoral right in the shape of UKIP. Its demise has led many of its leaders to flirt with fascist street politics. This has been a pattern with the British far right before. The second reason is the strength of Jeremy Corbyn who has helped avoid the opportunist response to right-wing politicians we saw from previous Labour leaderships.

However, we have to organise at every level on the left to stop the situation getting worse and to assert an alternative to the politics of scapegoating and racism. There will be much discussion in coming weeks about how we got to this state of affairs and how to counter it.

We firstly need to think about this as a new situation or phase of the struggle against racism and fascism. That means we need to think of how we deal with it strategically. It seems to me that is not helped by just repeating that we need more people on the counter-demonstrations. A moralistic approach works with a small number of people but in the end, does not politically motivate the forces needed. In addition, it is clear that just arithmetically increasing mobilisations is not going to do the trick. What is needed is a mass united front political approach which can bring large numbers of people onto the streets and organise organically among different sections of society in a meaningful way.

This means drilling down from national trade union support to every workplace, where those already committed to anti-racism and fascism engage in a process of agitation and education among their workmates. It means organising different groups from football supporters to tenants’ organisations, from community choirs to pensioners groups, to win the argument against the divisive politics of the right.

It means too that Labour has to mobilise on the streets and in communities and workplaces to counter this threat. Labour is a mass membership organisation, as is Momentum. It cannot confine itself to internal debates and promoting Corbyn as prime minister in waiting. The streets cannot be left to the right to mobilise and intimidate Muslims, ethnic minorities and anyone else they want to scapegoat.

So this is urgent. The left movements have not seen right-wing mobilisations on this scale for many years now. But politics are at an impasse in parliament and nature abhors a vacuum. If we do not organise for our agenda the right will try to enforce theirs.

While the situation is serious, we should not exaggerate how bad it is. The views held by these people are rejected by millions across Britain. Millions more can be won away from the politics of racism and scapegoating if they find the left relevant to their concerns. That means arguments in favour of public ownership, the NHS, trade union rights, against austerity have to be at the centre of our work. The failure of much of the left to accept the argument for a united front against austerity has been a weakness and must now be remedied.

We need to confront fascists on the streets, and well done to everyone who opposed the DFLA on Saturday and on previous demonstrations. But having small mobilisations which have not widened their reach and effect can often demoralise the participants. Let’s instead organise a major demo on a day they are not mobilising, in order to show opposition and also to build critical mass, to begin to harness our forces and turn them towards local mobilisations. That has to go alongside the mobilisations over Grenfell, the NHS and other issues.

The protests against Donald Trump’s visit are a great opportunity to test this thesis. They need to be the largest, most united and most effective that we can muster. If we want to send a message to the DFLA, to Robinson and to UKIP that their politics are not shared by large numbers in this country, then turning out against Trump on 13th July is a very good place to start. 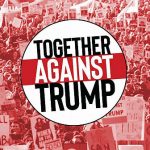