You are at:Home»Politics»Black Lives Matter»Shine a Light on Racism – Cardiff BLM organisers speak out.

On Saturday Cardiff saw its second Black Lives Matter protest since the murder of George Floyd Around three thousand people protested in Bute Park. It was one of the city’s biggest demonstrations in many years. It was a historic day and there were more than one hundred such protests around the UK many internationally. The growing movement began by showing solidarity with the rebellion in America but is now taking clear aim at structural racism in Britain as well. The organisers took special care regarding the virus and asked protesters to wear masks and physically distance where possible. 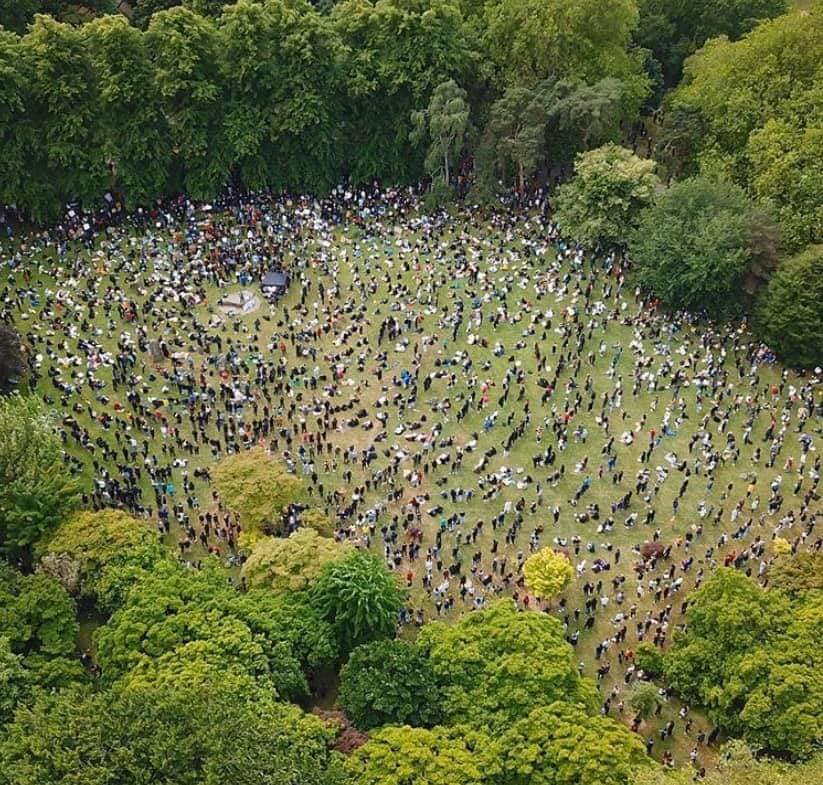 Bianca Ali and Selena Earney organised and spoke at the protest. Bianca who made a powerful speech at the demonstration writes:

My name is Bianca Ali, I am 28 years old and I am of a very mixed heritage. I am Jamaican, Italian, Maltese, Arab, Bangladeshi and Welsh. I became apart of Black Lives Matter Cardiff after i attended the first protest. I felt a burning passion inside me to become involved. I have my own organisation called The Take Back – we support local charities by hosting fundraising music events. So I am very experienced within organising events.I spoke with one of the founders of BLM (Seun) and asked if i could join the movement. She didn’t hesitate.

At the second event I co-ordinated all the speakers and spoke on behalf of the Lord Mayor of Cardiff, Daniel De’Ath.I also overcame a huge task for myself and stood on the rock and spoke to over 3,000 from my heart conquering my social anxiety. I spoke about how we must now stop feeling angry and use that as power to fuel us to where we need to be. Where we deserve to be. I talked about how we have been oppressed for too long and that its never held us down before and now we are stronger than ever, we are together, we are united. We are going to make a change!I also spoke direct to the media and asked them to make sure they portray us in the right light as we had an amazingly peaceful socially distant protest and wanted to make sure it came across that way.

My plans for the future within BLM Cardiff are to raise as much awareness as possible, educate, and get some light shone onto the systematic faults. We need everything that is currently dividing us as a culture, destroyed and start again unified, as one race. The human race.

Founder of The Take Back 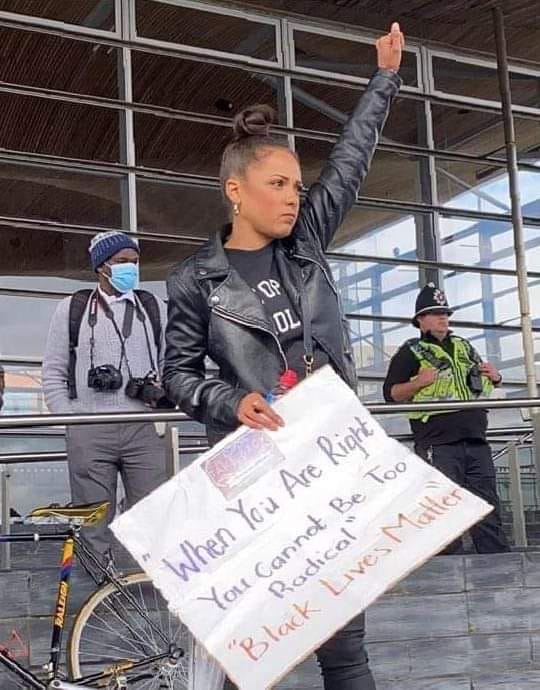 Selena Earney, 20, one of the orginal founders of Black Lives Matter Cardiff writes :

The Black Lives Matter Cardiff protest held in Bute Park, the afternoon of Saturday 6th June, will hopefully be the kick-start for some real positive change for BAME communities in Wales.

The demonstration was organised by a collective known as BLM Cardiff, made up of myself, seven other hard-working women and one non-binary individual from a mixture of ethnic backgrounds, including BPOCs, determined to fight the injustices. Our initial aim was to provide a platform to amplify and listen to black voices and hear their stories and experiences. As a collective, we also aim to change education in schools in Wales and across the UK, and fight for black history, and black Welsh history, to be introduced into the syllabus, and address racism in universities within Wales and beyond. Furthermore, we believe that tackling systemic racism within society, for example in work places is crucial to challenge and overhaul.

Our first protest, which took place outside the Cardiff Castle grounds on Sunday 31st May, was planned in under 24 hours. It started off as myself and a few of my friends, but the traction it grew overnight was so moving. The day of, we easily had around 200-300 attendees. After the overwhelming support that the first one had, we knew we had to continue. The momentum that BLM Cardiff was gaining hour after hour showed that, not only was this something that was wanted, but something that was needed.

Speakers who came up to the middle of Bute Park’s Stone Circle on Saturday opened themselves up to a crowd of easily one to two thousand. They were vulnerable and truthful.

One young black Welsh man, responding to a Council member controversially saying that “Cardiff is different”, recalled being yelled “Africa is that way” by a group of older white men as a young boy on his tricycle. His story, and many others, reflected that as much as white Welsh people may like to believe that Wales as a country, and Cardiff as a city is less tolerable of racism than others around the UK, is simply silencing and burying the experiences of black and non-black people of colour (NB POC).

Another young man said he was fighting because of disproportionate stop and search data that exemplifies how the Police across the UK targets black people. He calmly and powerfully called out some disturbing and upsetting facts to the crowd. That black people are approximately ten times more likely to be stopped and searched than white people, with three in every 1000 white people vs 29 in every 1000 black people were stopped and searched in 2017/18. [1] That in 2017/18, stop and searches carried out under section 60 of the Criminal Justice and Public Order Act, in which an officer can authorise searches without reasonable suspicion, increased from 630 to 2500. [2]

73% of these searches were carried out by Metropolitan Police [3], who stopped 83.4 times per 1000 black people compared to 14.7 times for white people. Despite all this, there is no strong supporting research to show that these measures prevent crimes, as well as no significant difference whatsoever in affecting violent crime or knife crime. [4]

One protestor, Nelly, also known as Queen Niche, was absolutely electrifying, with her first public speech being met with roars of laughter and applause. “Finally, no one is telling me not to shout!”

Karen, one of the faces of the “Free Siyanda” [5] campaign, spoke about the pain she felt watching her daughter write letters to her best friend, Siyanda Mngaza who was imprisoned for GBH after defending herself against attackers. Cammilla, Siyanda’s mother spoke alone last week about her story, but this week, large numbers of protestors came equipped with signs fighting for her cause after being moved by her story.

Towards the final half hour of the protest, three individuals walked up and stood on the rock platform; Hilary Brown, a Barry lawyer and a founding member of the National Black Youth Forum in Wales, former boxer Steve Robinson, and John Actie one of the Cardiff Five.

Brown spoke about Robinson, stating he was one of the best in the world, but had received little recognition for his achievements during this career. Robinson himself spoke for a few minutes, before directing the conversation back to Brown. She spoke of the case, also known as the Cardiff Three surrounds the murder of a young white woman, Lynette White, in 1988. Tony Paris, Yusef Abdullahi and Stephen Miller, were all found guilty, to be convicted and sentenced to life in prison, whilst John and Ronnie Actie were acquitted. [6, 7]

Actie only addressed the crowd briefly, as he was not intending to speak, explaining how being accused changed his life.

It took 21 years from White’s murder to charge thirteen former and serving South Wales police officers, all who pleaded not guilty, in connection to the case. When the murderer, Jeffrey Gafoor, was convicted, it raised questions of the eye-witness accounts given. In 2008, three people admitted to having been threatened and “harassed into lying” by South Wales Police. After five months, the judge leading the case abandoned the trial and all were declared as not guilty. Justice is still being sought out by the families and members of the Cardiff Five still alive today.

These protests are just the beginning. We fight not only for George Floyd, Breonna Taylor, Sandra Bland, Eric Garner, Philandro Castille. We fight for the British names also. We fight for Mark Duggan, Sheku Bayoh, Smiley Culture, Alton Manning, Joy Gardner, Cynthia Jarrett, and most recently, Belly Mujinga [8], Christopher Kapessa [9] and Shukri Abdi [10], amongst so many others. We will say their names. 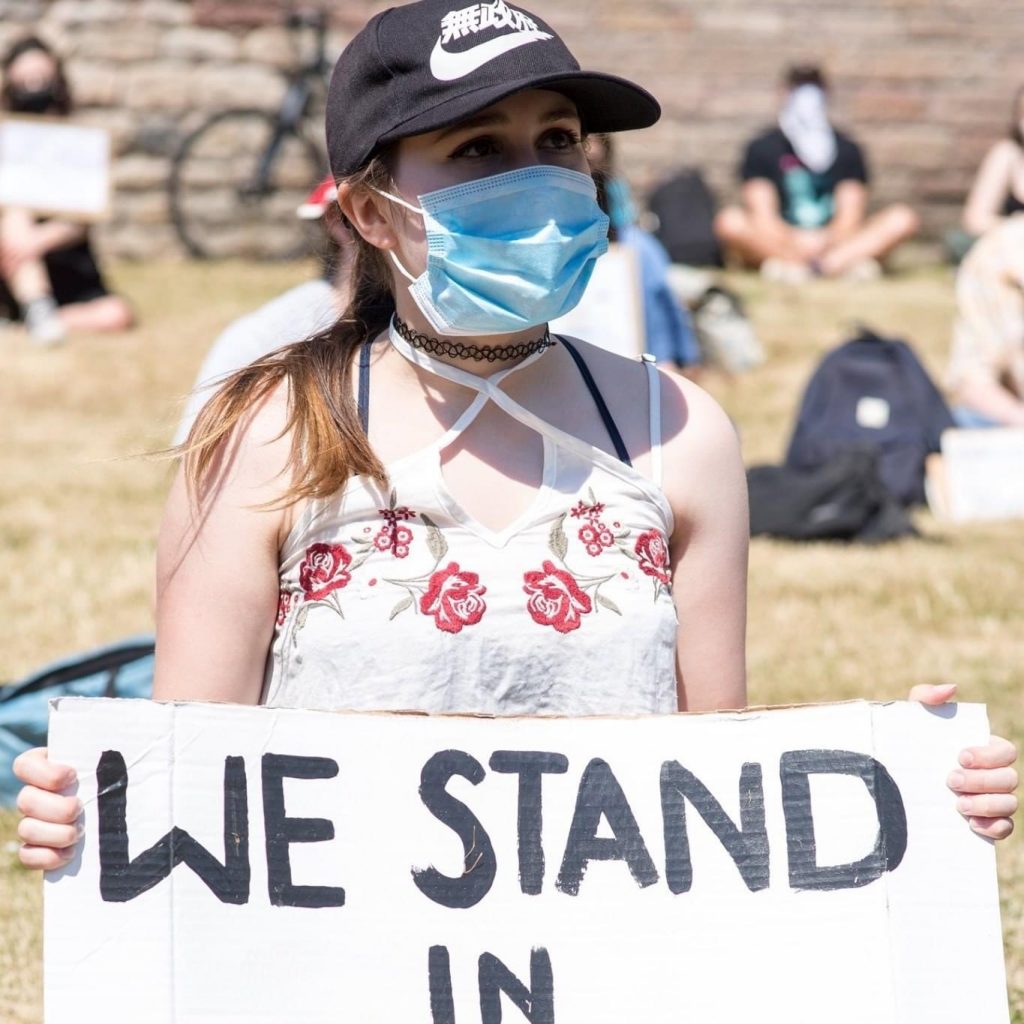