You are at:Home»Multimedia»Music and Politics»Steve Ashley»One More Thing ‘vital’ new album by Steve Ashley: Dare to question all you see…

Steve Ashley’s latest album is already picking up rave reviews in the music and political media. 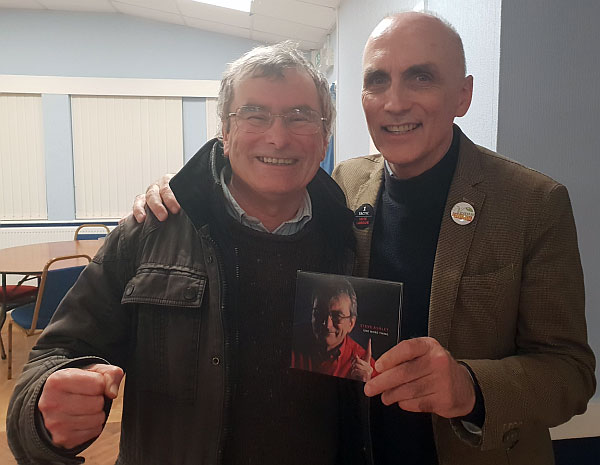 Theresa May, Donald Trump, The Windsors, George Clooney, The White Helmets, riot police, ‘terror correspondents’ and war-hungry politicians – all come under the closest scrutiny in Steve Ashley’s new album, titled One More Thing – amid the stunning melodies and fine English poetry that have hallmarked Steve Ashley’s creative output ever since his legendary 1974 debut, ‘Stroll On’.


Dare to question all you see…, he says, on the last track of this, which he has announced as his final album, and true to his word he does exactly that throughout this radical collection of songs.

Far from splenetic, good humour abounds as a gentle yet firm hand steers us through his latest musical essay into the state of our nation, and how leaders seek to manage our lives.Given to a light chuckle on occasion here, Ashley even collapses into laughter at the end of one song.

One More Thing is a showcase for fine English folk songwriting, one that sets contemporary issues within a traditional construct. Dynamic, challenging and inspiring: this album marks the end of a highly original and distinctive solo career.

The Morning Star, gave the album a 5-star review – for “songs casting a critical eye on everything from right-wing politicians, the royal family, religion and reporting by the corporate media”:

“Ashley insists that this really is his last album, but his involvement in left-wing politics meant he couldn’t resist the temptation to retire disgracefully. Any Star reader listening to this album might hope there’s a chance of at least a bit more disgrace before final retirement.”

The early reviews have all been similarly complimentary. David Kidman at Folk Radio writes:

“Even if Steve sticks to his guns and never makes another album, you can bet that he’ll still find plenty more to say about this world – the watchwords of grit, determination and integrity will stay with Steve to the end.”

Oz Hardwick, writing in Rock and Reel, which also gave the album a 5-star rating, calling it ‘understated and vital’:

“One More Thing‘s success is down to the warmth and humanity, the concern for the individual, which underlies these big themes. For every self-serving politician, there are many more ordinary yet remarkable people who will knock on doors, join marches, and simply question prevailing rhetoric, and these songs are for anyone who stands up for what is right.” 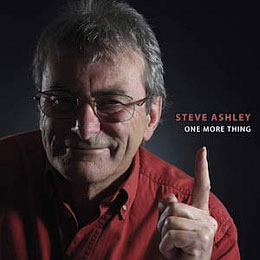 One More Thing
by Steve Ashley