You are at:Home»Politics»Far Right»Mass shootings: ugly face of US fascism

Last weekend’s mass shootings in El Paso and Dayton, Ohio, were both the product of the growing crescendo of Trump’s racist attacks. That the victims in El Paso were Hispanic could hardly be concealed, but less commented on is the fact that six of the nine victims in Dayton were Black. Local police said there was ‘no evidence’ (!) of ‘racial bias’ in the attack.

Trump’s post-shooting press conference denunciation of white supremacism was a model of cynical mendacity. He knows full well that white racism is at the core of the mass movement that he is building thorough dozens of rallies nationwide. In the past three weeks Trump launched a vicious racist attack on four Democrat congresswomen of colour and laughed with supporters at a Florida rally who called out that ‘illegal’ immigrants should be shot. In late July a Trump rally in North Carolina broke into chants of ‘send her back’ when he attacked Democrat congresswomen Ilhan Omar, who was born in Somalia. Trump rallies promote lynch mob politics.

Trump flagged up mental illness as a major cause of shootings, and called for immigration law reform – implying that ‘excessive’ immigration was a cause of the shootings. There is no doubt that mentally unhinged individuals are attracted by the far right. But the causes of mass shootings go deeper than the pro-Trump fascists who follow lunatic far-right web spaces like 8Chan and Gab.com.

Since 9/11 an extreme right-wing ideological mix has developed, promoted and deepened by the Trump regime. As Henry A. Giroux points out, interlocking elements of this include anti-immigrant and anti-Black racism, misogyny, homophobia, militarism, hypermasculinity and gun culture. Rampant homophobia was on display in the Pulse nightclub shooting three years ago in Orlando (53 dead, 49 wounded). Gross misogyny is highlighted by the growing number of US states banning nearly all abortions, and the widespread backlash against feminism.

Add official veneration of the military to gun culture then you get a mass culture of violence. Police in America killed 1,165 people in 2018. Thirty-five per cent of people shot dead by the police were Black, three times the percentage of Black people in the population. Since the beginning of 2018 21 people have been shot dead by the US Border Patrol on the Mexican border. 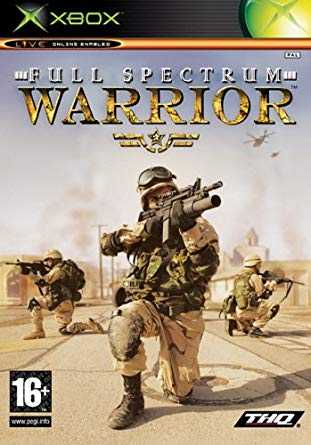 Donald Trump also blamed violent video games for the shooting, probably something thrown unthinkingly into the mix by one of his speech writers. Ironically, the United States military utilises, and sometimes creates, violent video games and training and recruitment tools. The 2004 game Full Spectrum Warrior was seized upon for training purposes and the army has recently published American Army: Operations, directly and explicitly with an eye to recruiting. In nearly all these games the enemy have beards and wear Afghan or Middle Eastern style clothing (or a stereotypical version thereof).

The veneration of military violence was on full display in Clint Eastwood’s 2014 film, American Sniper, starring Bradley Cooper. The movie was based on the story of homicidal maniac Chris Kyle, an American Navy Seal sniper who claimed to have killed 255 Iraqis. Kyle himself was shot dead in a bar by another Iraq war veteran in 2013. 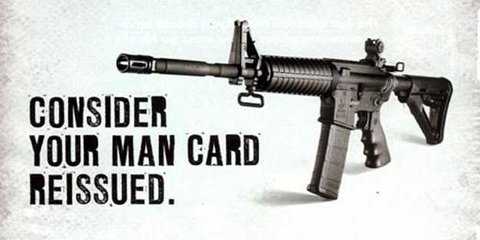 The advertising for the lethal Bushman automatic rifle – ‘Consider your Man-Car Reissued’ – is an explicit reference to the interlinking of hypermasculinity and gun culture.

Martin Longman points out that racist shooters are often ‘self-starters’, not member of the organised right, just like many Islamist terrorists:

“We don’t seem to have trouble accepting the linkage when lone wolves commit terrorist attacks and then affiliate themselves with ISIS or al-Qaeda. Sometimes these people claim to actually be members of one of those organizations even if they’ve never actually talked to a recruiter. Between the president’s toxic rhetoric and the influence of websites like 8Chan, there is no doubt about what is inspiring some of these shooters. They’ve become foot soldiers in a fascist movement.”

Trump’s reference to mental illness is a deliberate confusion. Unhinged individuals carrying out racist attacks should not obscure the political origins of these events. For example, the murder of Labour MP Jo Cox in 2016, was carried out by Thomas Mair, an obviously disturbed individual. But he was inspired by the National Front and English Defence League, and he collected Nazi memorabilia, as well as press cuttings about Behring Breivik. Mair’s far-right links were systematically downplayed in British media reports.

Trump’s racist mass rallies have the unmistakeable whiff of modern fascism. In the last seven years right-wing mass shootings in the US have targeted synagogues, mosques and a Hindu temple. They are, for the moment, the modern form of pogroms in that country.

Trump will for now condemn white supremacism, but hardly anyone (apart from the BBC) will be fooled. Trump’s politics foreground anti-immigrant racism. It is his go-to political weapon against liberals and the left. It is the way he attracts and fires up the racist mobs at his rallies. And it is coalescing a new face of fascism.

Creeping Fascism: What It Is and How To Fight It
By Neil Faulkner with Samir Dathi, Phil Hearse and Seema Syeda

How can we stop a ‘second wave’ of fascism returning us to the darkest times? How do we prevent the history of the 1930s repeating itself?