You are at:Home»Robin Beste Tributes»You need us more than we need you – by Gabe Furshong

Robin once told me a story about a turning point in his life. An organizer with the Socialist Workers Party had been recruiting Manuela and him to join the Party for quite a while, but Robin was taking his time. Finally, during a house visit, the organizer made the hard sell. “You know,” he said, “you need us more than we need you”.

It was the sort of encounter that shakes a person free from his sense of self-importance. It was a reminder that, when left to our own devices, we drift toward lives of private concern. A political community, however, can hold us accountable to a much greater cause. It can push us beyond self-imposed limits and help us flourish as members of a larger movement.

For me, the day I met Robin and Manuela was just such an encounter. In September 2002, I arrived in Muswell Hill with a group of American university students for year-long study abroad program. While out for a jog with a friend on a gorgeous fall day, we quite literally ran into Robin and Manuela handing out Stop the War leaflets.

Within a few minutes, Robin had convinced us to join them at their stall the following Saturday. Within a few weeks, he had us organizing our fellow students. Within a few months, he has us speaking at public meetings. By February 15, the day of the massive national anti-war march, we had established a partnership with Iraqi students and were fielding interview requests from BBC stations in London and Manchester.

His recognition of the potential for public good in our private lives was unwavering. His enthusiasm for our involvement was overpowering. How could we resist?

Over the next 17 years, I returned to London to visit Robin, Manuela, and Sam several times and even lived with them for four months in the fall of 2005. In the long intervals between visits, we exchanged countless emails about books, music, and politics.

These exchanges often left me unsettled for days afterward because Robin’s manner of conversation was, in a word, pugilistic. If he sensed even the slightest lapse in your commitment to a more equitable and peaceable planet, he would jab and jab at you until you were mentally exhausted and emotionally frayed.

In moments like these, I often wondered – sometimes with great frustration – why it was so difficult for Robin to temper his political opinions with a personal touch. But now, I would give anything to go a few more rounds with him. 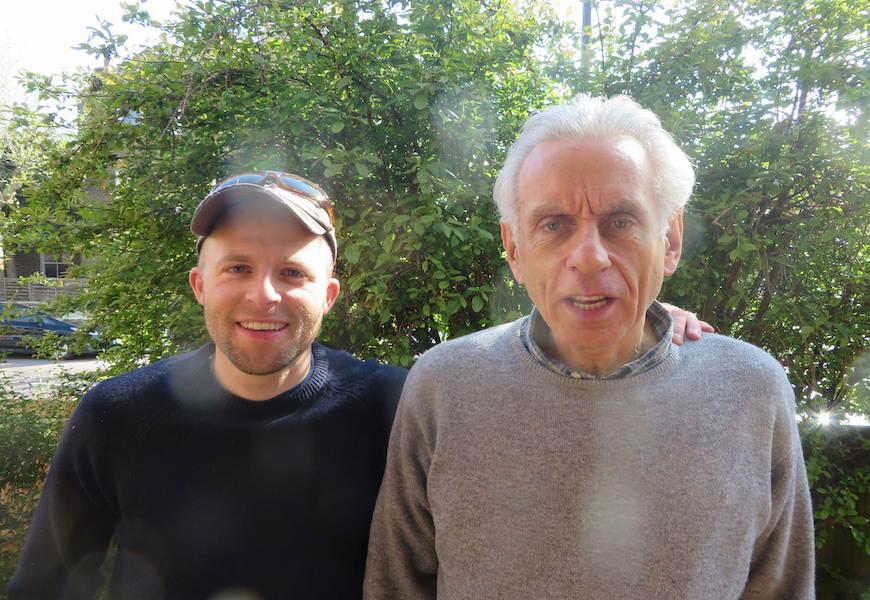 I would tell him that I’d never met anyone so damnably willing to set aside private pleasures for the public good. I would tell him that his decision 17 years ago to treat a 20-year old kid from Montana as a serious person with real political power changed my life forever.

I think I always needed Robin’s friendship more than he needed mine. I think I will always miss his voice – which, for me, is the voice of the movement – calling after to me to be my best. His voice saying, “You need us more than we need you.”