You are at:Home»Politics»Coronavirus»Protect the People Charter launched 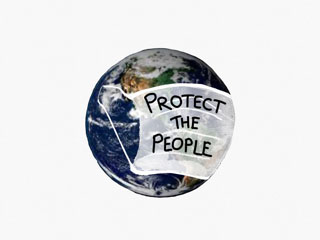 We are all, by now aware that the Covid – 19 pandemic is affecting every aspect of our lives. Around the world we worry about our loved ones, our own health and our ability to build a secure future. Family after family is experiencing horrible loss. This is an unprecedented challenge and requires an unprecedented response. Expert opinion has long predicted a flu pandemic, but governments and institutions have – for reasons of economy and ideology – lacked preparedness. Some governments have responded quickly and well, basing their actions on good science and a common assumption that human life should be preserved. New Zealand has managed to suppress casualties with remarkable success. Germany, while more badly affected, has passed financial assistance to households quickly and effectively, while cooperating with other nations’ health services and even treating patients from abroad.

In contrast our own government and chronically underfunded health service and social care networks have struggled to respond. Our leaders have produced confusing and contradictory advice, they have prioritised British exceptionalism over common sense and expert advice. Offers of help and equipment have been ignored, or refused and a fog of evasion and misdirection have settled over public pronouncements. We still don’t have mass testing for Covid – 19. This means we only know about confirmed C-19 deaths in hospitals. Those dying alone at home, or among frightened relatives, dying locked down in care facilities, or even dying in hospitals without being tested are not being given the dignity of remembrance. While a lower death toll is less embarrassing for our government, lack of testing has meant we can’t even begin to trace contacts and limit the spread of the disease, we can’t know who has had the disease and recovered and may be safe to return to work. Meanwhile lack of Personal Protection Equipment is endangering and beginning to kill health workers, care workers and all the essential workers on whom we now rely. An early wrong-headed pursuit of ‘herd immunity’ in the absence mass vaccination, advocated in contradiction of expert advice, has lost us weeks of vital time.

Other countries are struggling because mass poverty puts everyone at risk. Those with no shelter can’t shelter in place, those with no running water cannot wash their hands. On the roads on India, in refugee camps, in beleaguered Gaza, in already-traumatised Haiti, the desperately poor aren’t baking sourdough bread, or meeting friends via Zoom – they’re dying. Inadequate access to healthcare, food or clean water amongst the poorest in multiple countries is putting everyone at risk – even, eventually, the wealthy. Unless all are safe, no one is safe.

The UK is not a poor country. We have enough resources to keep everyone fed, housed, usefully occupied, defended from preventable ill-health and given access to assistance in times of illness, want or distress. But only a patchwork of volunteer efforts has helped to save some of our homeless from death on the streets. As those we pay to govern and serve us fail at almost every turn, volunteers buy and provide PPE, make PPE, distribute aid, bring companionship and apply ingenuity and solidarity to problem after problem. And frontline workers care for our most vulnerable every day, no matter the personal cost. As our government shows all that is petty, self-obsessed, impractical and cultish, our citizens are displaying heart-breaking bravery and human devotion. Imagine how much we could achieve if we were to harness and organise all that is good about us to defend our futures together. 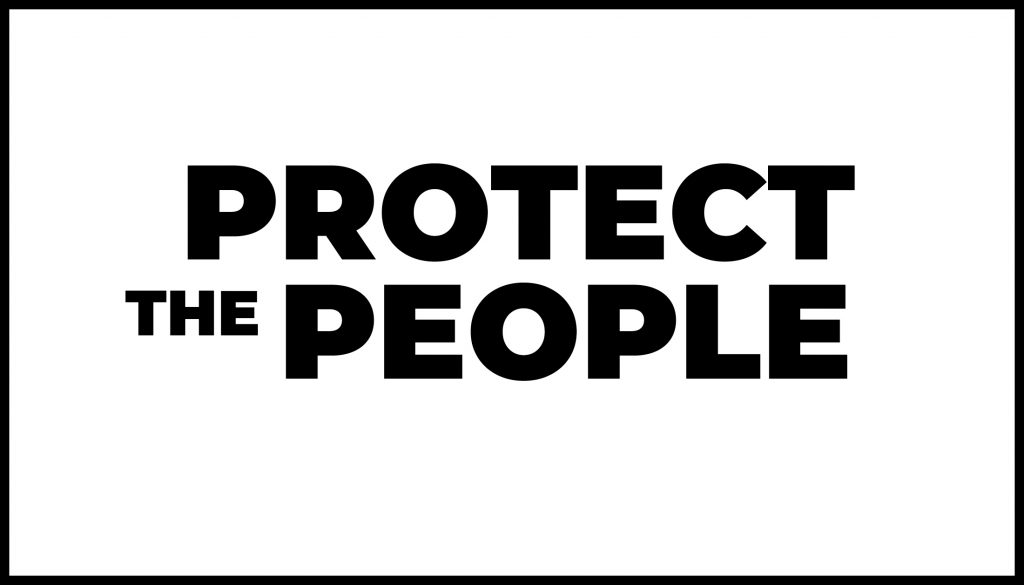 Families already hard pressed by austerity are facing starvation at home. A decade and more of cuts and an increasingly fashionable condemnation of the poor for being poor, the sick for being sick mean that most families in the UK have less than £100 in savings. Those households can’t weather the lengthy lockdown we face to save us all from infection without being destroyed by want. Those in low paid but essential jobs face infection and possible death every day they go to work. Those whose employers force them to work have to choose between earning and becoming infected, every day. The prioritisation of profit over every other values has left us all precarious with no spare healthcare capacity, fragile infrastructure and a government wracked by learned helplessness, arrogance and an obsession with PR. They have turned a crisis into a catastrophe that could bring about the end of a mature, first world democracy. Imagine if we chose to do better, as a nation.

Sooner or later, with or without our government’s help, we will pass through the worst of this inferno. We need to plan now for secure, constructive, practical measures that will protect all of us. After the loss and waste of World War Two, we built a Welfare State. Long years of shared struggle had damaged us horribly. Family after family experienced horrible loss. Our cities were in ruins and we were, in many ways, exhausted. We had come to define ourselves as something better and stronger than we were – as people devoted to life. Having met each other, helped each other, faced death with each other and come through, we saw each other differently. For a while, judging each other according to class, accent, race and gender was revealed for it was it is – a destructive absurdity. We had learned that to survive we had to co-operate, be useful, ingenious, practical and devoted to the value of human life. We thought human values were worth fighting for and we had fought for them. We had won a war on their behalf. We set about building a country which might protect as many of us as possible. We worked to provide a decent education for all, access to healthcare for all free at the point of need, adequate financial assistance for those in need, shared infrastructure operated for the benefit of all. We had seen the worst of people – black propaganda that aimed to divide us, looters stripping bombed out families’ homes, black marketeers and war profiteers indulging unchecked human greed. We had fought worse than that and witnessed the cruelties of authoritarianism of all kinds. And we won. We won the right to a Welfare State that would defend us against the ignorance, inequality and want that nearly meant we lost our struggle. We turned our back on waste and weakness.

For generations, our healthcare and education systems have been vandalised and looted, first slowly and now at breakneck speed. We believe we can change that. Our infrastructure no longer belongs to us and does not serve the public good. We believe we can change that. While the world looks on in horror, the UK is now a byword for catastrophically poor, even absent leadership. We can change that. We don’t need to live in a country where profiteers crow about Covid-19’s potential to provide profits for those betting against our currency and economy. We don’t need to live in a country where nurses have to wear bin bags instead of PPE. We don’t need to live in a country where we are divided, neighbour from neighbour, community from community. We ’ve been told that some jobs don’t deserve decent pay, or conditions, that low-paid workers are low-value people, that black Britons aren’t British, that life on zero hours contracts isn’t a precarious daily hell. We know different now – underpaid and under-protected workers are turning out every day to keep our communities functional: provisioning and staffing our supermarkets, cleaning our buildings, keeping our public transport functional, making deliveries and performing so many other essential tasks. Our lives are being saved by people from all over the world and Britons of all colours.

It can seem there is no hope, but across the globe, people of goodwill are organising to save lives. Distilleries in multiple countries have changed production to provide free hand sanitiser. Across Argentina communal cafes are providing food, in a matter of days thousands of volunteer cells bloomed across Ireland, coordinated through a central website, all over the world people are 3D printing face masks, donating supplies, bringing groceries to the elderly, providing entertainment and education for lockdown kids. And, while our government swings between genuine helplessness and ideological cruelty, the UK is organising, changing. This pandemic is a global tragedy, but from it we can grasp an opportunity. We can put in place measures that mean we are all safer, all working to move forward in health and contentment and able to face the coming challenges of Climate Change. Protect the People, its Charter and the movement growing behind it have never been more necessary. 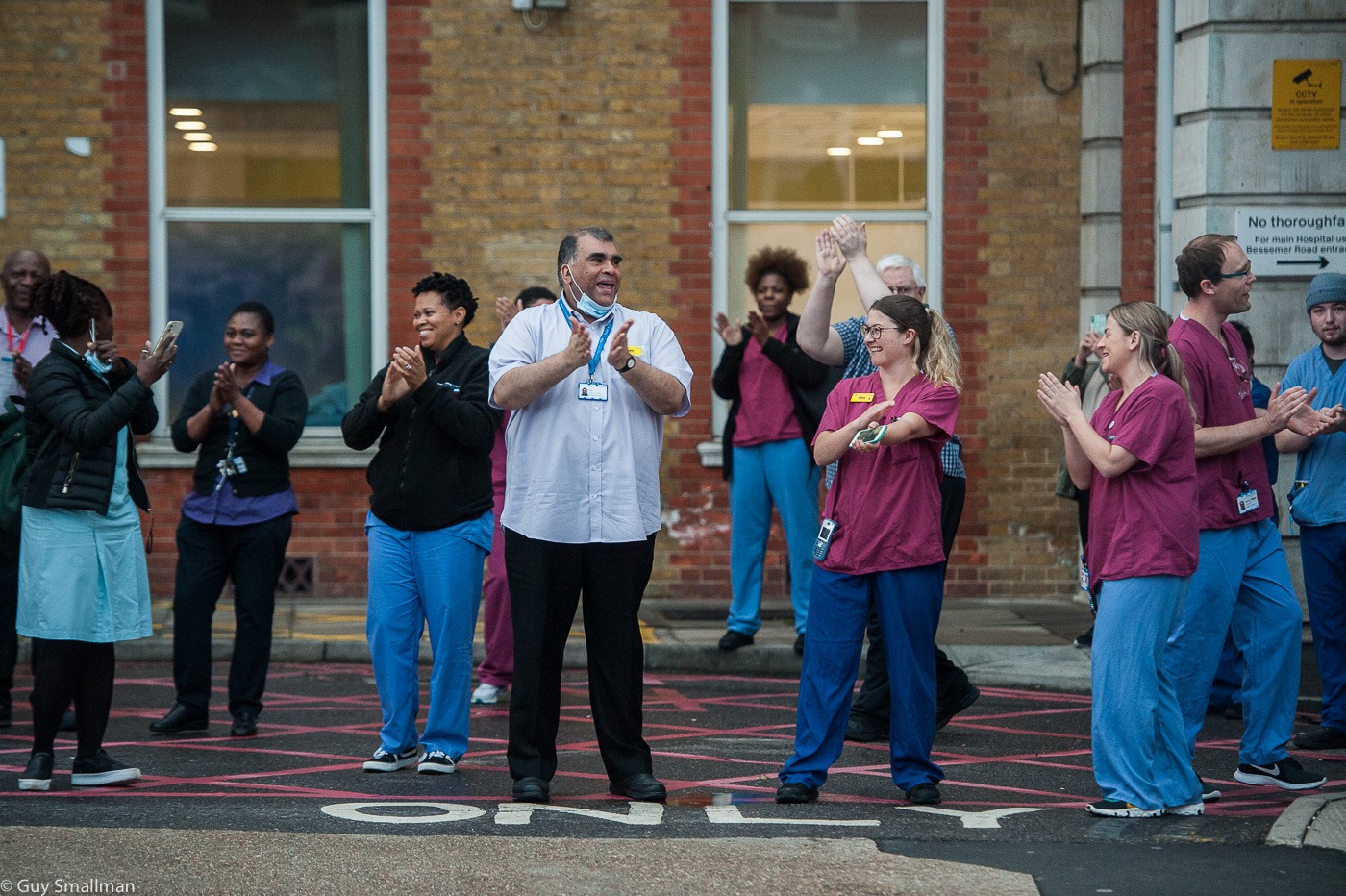