You are at:Home»Politics»Coronavirus»No Going Back – The COVID-19 Pandemic Theses

Public Reading Rooms is publishing these theses – on the pandemic, the nature of the crisis and the necessary next steps. We want to initiate a wide-ranging discussion on the left. Please send us any comments, thoughts or longer pieces to transform@prruk.org

1) We live in the age of the pandemic. We live in an age of environmental destruction and climate change. None of these are natural disasters – they all result from the way society and production is currently organised. The pandemic is one of many diseases emerging in, and resulting from, late capitalism, including HIV, Avian Flu, Severe Acute Respiratory Syndrome (SARS), Middle East Respiratory Syndrome (MERS) and Ebola.

These new illnesses have all developed in a similar way and are linked to the processes of capitalist agriculture and environmental destruction which are also major contributors to climate change. The wanton destruction of nature by capital creates the perfect conditions for the emergence and spread of pandemics. The destruction of the tropical rain forests and the depletion of the oceans destroys the livelihoods of millions of poor people pushing them to desperation. The Amazon, the lungs of the world, is being cut down to make way for corporate livestock production. Capitalism drives the engine of environmental destruction and climate change. The COVID-19 virus and other viruses that emerge in this period are a product of a decaying economic system in its barbaric phase; they travel through the circuits of capital. The continuation of capitalism represents a mortal threat to human survival on the planet.

2) The pandemic is not just a global health crisis: it also exacerbates the economic and social crises which express the structural limits of the entire system of social reproduction. It exposes the deep wells of inequality which exist between peoples and classes throughout the world and underscores the oppression of women, affected not only by poverty but by a tidal wave of domestic violence in the wake of the lockdown. In the metropolitan capitalist countries it is the working class, the poor and the vulnerable who bear the biggest burden of the virus, disproportionately from BAME communities. In the global south and the oppressed and colonised countries of the world, the pandemic threatens the lives of millions. In those countries medical systems have been hollowed out and destroyed by the neo-liberal structural adjustment programmes of the 1980s and 90s. The privatisation programmes demanded by Western governments have been a catastrophe for public health. More than 1 billion people have no access to proper sanitation or running water, nor any means of sustaining themselves during the pandemic without going out to work. We need to ensure that our politics recognises the impact of the virus in respect of imperialism, of class, race and gender. Neo-liberal economic policies were then imposed wholesale across Europe and beyond, destroying the post-war welfare states, depriving public services of adequate funding and leaving health systems unfit to confront the pandemic.

3) The most important factor in world politics is the struggle of working people, the poor and dispossessed to remake the world: most immediately it is to defend themselves against both the pandemic and the poverty of their everyday lives, resulting from decades of redistribution from the poor to the rich. In that struggle to defend themselves they can challenge the brutality of the existing system and a space can open up in which the possibility of creating a new society becomes real. The pandemic has vividly demonstrated which work has real value in society and which doesn’t – often those whose work is most essential are on the lowest levels of pay; this is clear to all and can help transform the discontent of the oppressed into a new consciousness. The people already know that the current organisation of society is profoundly wrong. They no longer wish for life to return to the way it was before: they sense that the world can and must be changed to meet their needs and the needs of humanity as a whole. The emergency policies that have been implemented demonstrate that there are alternatives; society and the economy can be organised in other ways. Extensive and spontaneous social solidarity, as well as material international solidarity, are ongoing and essential examples of what can be achieved. What was once impossible is now made possible. The pandemic indicates the possibility of ending the permanent subordination of labour to capital.

4) The pandemic is global; it cannot be stopped in one country. The response of most countries to the emergence of COVID-19 has been to treat the pandemic as a series of national crises, always refusing to learn from the experience of others; it has included competition within and between states for scarce medical and protective resources rather than collective action to provide sufficient for all. Racism and reactionary national insularity play a central role in this process. Each country aims to protect its own economy at the expense of others and at the expense of the majority of its own population. Thus the leading capitalist economies avoided taking essential preventative action to stem the virus only to have to retreat at a later stage when the damage had been done and their populations had been seriously imperilled. But in a pandemic no country is an island. The key to ending the conditions which give rise to this and other pandemics lies not only in ending the existing social relations of production but in ending the nation state as the dominant form of political and economic organisation. This challenge cannot be underestimated but it must be addressed and debated by the left.

5) Reactionary nationalism has arisen from the crisis of neo-liberalism. The structures of capitalist globalisation no longer guarantee its own reproduction. The basic institutional structures of the post-war world order are being dismantled. International bodies are starved of funds and their national components are likewise undermined. Central to the development of a world economy had been the establishment of bodies like the World Health Organisation through which the international community sought to invest in disease prevention. Now we are witnessing the end of long-established international co-ordination; its disintegration sharply expresses the limits to global capitalism.

Trump – who blames the Chinese for the pandemic – has been central to this process and embodies the increasingly destructive role of the US during its long decline as the pre-eminent global power and the erosion of its hegemony following defeat in Vietnam and economic decline from the 1970s. It has turned to its unrivalled military power to retain its global standing, while its economic supremacy has been increasingly challenged by the rise of China. US imperialism is in its most dangerous phase and a military response to China’s economic advance cannot be ruled out.

In the European Union tensions have been fuelled by the failure of states such as Germany, France and Austria to come to the aid of Italy when it asked for help. This stretches beyond the pandemic into the financial structures of the European Union and threatens its end. A central truth is illuminated by this descent into nationalism: only on a socialist basis can there be the integration of Europe’s political and economic structures and the development of a world economy that meets the needs of the world’s population.

6) We understand that the system, in attempting to resolve its own inner contradictions, will enter into ever more destructive and authoritarian forms as it spirals into decline. Should progressive and socialist forces in society fail to rise to the challenges created by the interlocking crises that we are facing, then the road will be clear for the strengthening of existing reactionary parties and movements. Orban in Hungary has taken the opportunity presented by the crisis to move from authoritarianism towards dictatorship, and laws extensively limiting rights – including women’s reproductive rights – are being passed in many countries. Generally, the rise in social solidarity and support for migrant workers in health and social care and other key sectors of the workforce has been a setback to the racist, anti-migrant narrative of the far right. But as the health crisis lessens and the economic crisis increases, the far right will grow in strength to the extent that the left fails to offer an alternative vision of society.

7) There can be no support for those in the labour movement who present the struggle against the virus as a national crisis in which class war is suspended; they should recognise that the ruling class seeks to co-opt the labour movement. Leaders of the movement who fight for the interests of their members must be given every backing. But we cannot support those who seek to corral the working class into subordination to the existing system. The institutions of social democracy have failed to adequately challenge capitalism, and have even failed to defend their own achievements – the post-war introduction of the welfare state and modest industrial reform. Indeed, their embracing of neo-liberalism in the 1990s made them complicit in the savaging of the welfare state. The pandemic exposes the illusory nature of systemic transformation through incremental social change.

8) Recognition of the need for, and the possibility of, replacing capitalism with a planned economy meeting the needs of the people and protecting humanity and the environment as a whole. To nationalise and take into public ownership all those companies whose functioning is essential to society – the current state intervention must be developed and extended for the benefit of all in the post-virus world. To implement a full arms conversion programme – not just for the period of the pandemic – to produce to sustain and enrich life, not to bring death and destruction.

9) Recognition of the splintering of the forces of the left over many decades. The acceptance of the need to overcome this on the basis of a common understanding of the tasks necessary in the coming period to meet the challenges faced by humanity. The socialist movement must be radically re-articulated as a truly international undertaking that will work to resolve the crisis in the interests of the people. The convocation of a Zimmerwald conference – which united the anti-war left in 1915 – for our times, to unify all those prepared to fight for a fundamental change in society; who understand the necessity of renewing the left’s strategic and theoretical framework as well as going beyond its existing organisational forms.

10) Millions of people are developing their own ideas about how their lives should be lived in the future. They are no longer prepared to accept life as it once was. There is a general understanding that the provision of essential public services are a vital human need and express the essence of solidarity between peoples. All human beings have a right to health and welfare and a productive existence. The most urgent political task is to create a world that works in the interests of all the peoples of our planet. We refuse to look away from those condemned to poverty and starvation and disease. All the threats to humanity are global in character so our response must rise to that level too. There can be no return to life as ‘normal’: there is either the building of a new society or a descent into barbarism. The pandemic is a wake-up call to humanity. Let us build a new international movement. There is no going back. 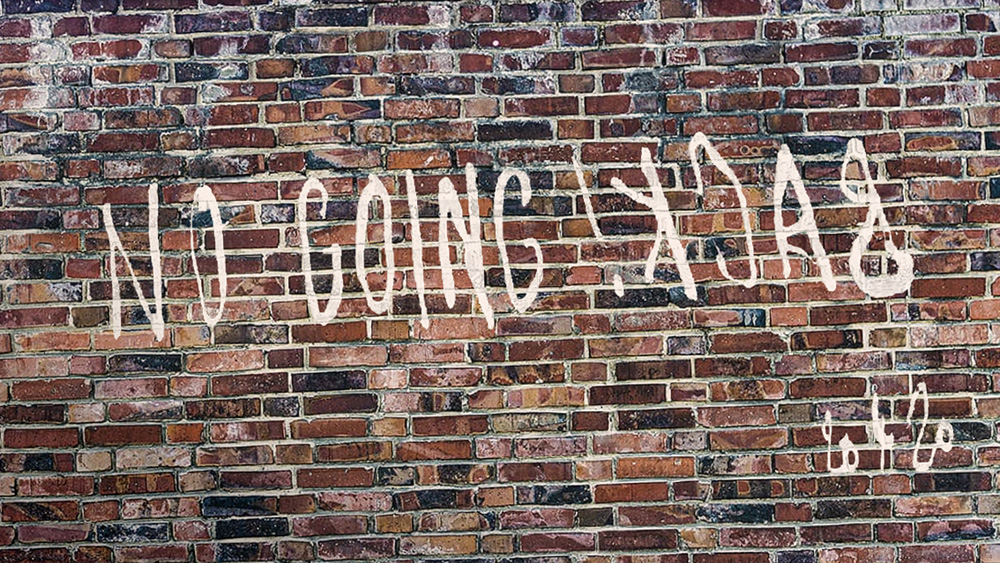