You are at:Home»Politics»Lenin»Lenin at 150 – an appreciation

“There are decades where nothing happens; and there are weeks where decades happen.” – Lenin (born April 22, 1870)

I have long been allergic to the Lenin cult nurtured in many quarters. More than one radical group has been ruined by puffed up “generals” passing off their hectoring commands in place of real politics. But Lenin himself, that’s another story.

Perry Anderson once observed that Lenin effectively created a Marxist “science of politics.” But there is more to it than that. It is true that Lenin was uniquely attentive to the concrete specificities of political struggle. The detail in his analyses of national oppressions, balances of social forces, or anti-colonial struggles is rarely surpassed. But much of this derived from his superb grasp of the complex temporalities of political life. In this he stood apart from the mainstream of the European left after Marx.

Within that mainstream, the advance of socialist forces was theorized in quantitative terms: more party members, more voters, more elected representatives—this was the route to power. This, of course, is part of the gradualist sense of historical time associated with “vulgar Marxism,” perhaps best represented by Karl Kautsky (1854-1938), the long-time theoretical leader of German social democracy.

Lenin, by contrast, “was the great virtuoso of political modernism,” to quote Terry Eagleton. Lenin perceived “history as a stack of non-synchronous time streams.” It follows that historical time is non-linear; it is subject to contradictory tempos, ruptures, and leaps. Rather than immerse itself in gradualist (quantitative) thinking, revolutionary politics must be deeply sensitive to the qualitative shifts that alter the rhythms and change the tempo of political life. Economic crises, mass upheavals, pandemics, climate catastrophes—all of these can dramatically change the pace of politics. And these shifting tempos require radical shifts in political strategy. Hence the shock of so many of Lenin’s adherents when he returned to Russia in April 1917 and announced that a working class conquest of power was now on the agenda.

“There are decades where nothing happens; and there are weeks where decades happen.”
It follows that static analyses are unfit for revolutionary purposes. Instead, the left needs strategic perspectives attentive to the ways history can proceed via leaps and ruptures. Daniel Bensaid captured something of this when he observed that with Lenin “the strategic time of politics is not the homogeneous and empty time of classical mechanics, but a broken time, full of knots.” In political struggle, the trajectory of history is not-yet closed—there are variables in play whose values are yet to be determined. More than this, we are ourselves actors within these fields of contestation, shaping the very terrain of struggle and its temporalities. For this reason, “political discourse is more closely related to algebra than to arithmetic” (Bensaid). The left today needs to retain this profound sense of *strategic time* as a time of breaks and accelerations. We are living through “weeks where decades happen,” and we cannot afford to be trapped by habits and sensibilities appropriate to more “ordinary” moments in history. Which is to say, we cannot afford to relinquish the heritage of Lenin. 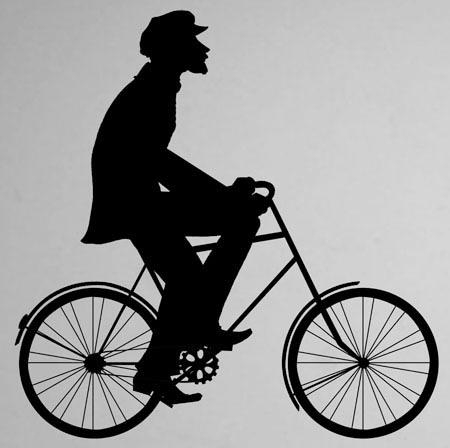 “Under socialism all will govern in turn” – Lenin

In 1914, the world socialist movement was thrown into turmoil when the leaderships of most social-democratic parties lined up with their government’s military commitments in World War One.

The integrity of the left was salvaged by a resolutely internationalist, anti-war current that crystallized around the leadership of figures like Rosa Luxemburg in Germany and Lenin in Russia. At this moment of crisis, Lenin chose to re-examine the Marxist theory of the state, among other questions. The end product was his classic text, State and Revolution (published in 1917).

Today, many pundits on the left dismiss this critical work, considering it a hindrance to socialist theory and practice. Most often, they do so by way of caricature. They condemn the text for its anarchist impracticality. They denounce its ostensible failure to take seriously the institutional forms of socialist transition. In so doing, they evade the key questions it raises—and they squander a vital part of the revolutionary inheritance. Just as Lenin’s sense of strategic time broke with the *continuist* commitments of mainstream social democracy, so his theory of the state insisted on a rupture between capitalist and socialist forms of power.

Consider, however, Lenin’s claim that in socialist democracy “the mass of the population will rise to taking an *independent* part, not only in voting and elections, but also in the everyday administration of the state.” Lenin was breaking here with a conservative orthodoxy on the left (again best exemplified by Karl Kautsky) in which the left “seizes” the capitalist state without dismantling the alienated relations on which it rests. When Lenin talks of destroying the bureaucratic-military state, it is these alienated power relations he has in mind.

“The essential point of the revolution,” writes Colletti, “the destruction it cannot forgo . . . is the destruction of the bourgeois State as a power separate from and counterposed to the masses, and its replacement by a power of a new type.” For Lenin, in other words, what must be destroyed is “the separation and alienation of power from the masses. . . A socialist revolution that maintained this type of State would keep alive the separation between the masses and power.”

The greatness of State and Revolution resides in its intransigent commitment to the idea that every obstacle to working class self-government must be removed. The confidence it exudes in the capacity of the masses for self-rule is at times breathtaking. The sharp line it draws between capitalist and socialist forms of power is critical—especially at a time when commentators are suggesting that bailouts undertaken by capitalist states are “socialist.”

To be sure, we have today many more historical examples from which to learn. But these experiences will need to be brought into contact with the radical commitment to socialist democracy espoused by Lenin. This is particularly important at a time when some on the left are advocating a return to the perspectives laid out by Karl Kautsky, the theoretical leader of German social democracy during the period of the 1880s to the First World War. Colletti alerts us to the fundamental point that ought to be highlighted:

“For Lenin, the revolution is the end of all masters; for Kautsky it is merely the arrival of a new master.” And that is yet another reason for defending Lenin’s legacy today.