You are at:Home»Robin Beste Tributes»I hear him speaking – by David Wilson

I first met Robin at the Stop the War Coalition. Like me, he had completed his working years and was happy to spend many hours as a political activist.

Outside office hours, I liked my pints and curries, music and a good film. Robin only had interest in the last two. He seemed to regard eating as a necessity and drank nothing stronger than tap water.

When I watched him open his lunch box of biscuits and cheese, waving his hand to reject the offer of coffee the rest of us tanked up on, I wondered if he’d always lived such a spartan existence. It did cross my mind that he might have left behind a once-dissolute life filled with drunken evenings and ribald songs, leaving him like those medieval hermit-monks who retreated to their caves to do penance.

Robin never spoke much about his life before arriving in London as a teacher, but when he did, he dropped the odd clue. When I told him I had been a devotee of The Pretty Things and found The Rolling Stones too tame, he said The Pretty Things had played at the club he once ran. When I said I had seen Muddy Waters on his London visits, it turned out that Robin, too, had been there. ‘Chuck Berry in 1964 at the 100 Club?’ Yes that too.

When I told him I was unable, post-stroke, to play my guitar he recommended I get myself a harmonica. There then followed a detailed email with suggestions of where to buy my Hohner Marine Band in C and suggestions for the best online tutorials with links.

Despite our shared love of Blues and Rock ‘n Roll, we disagreed about Scott Walker. Robin said that he was a fan of his “in all his incarnations, including his later avant-garde albums”.

Robin was always the ‘go to’ person for me on what films to watch. He was a devotee of American film noir and would send me emails with lists of ‘not to be missed’ films. I did watch Humphrey Bogart and Lauren Bacall in The Big Sleep, but confess that I still have a long list of films to be ticked off his recommendations. I promise him, posthumously, to track them down and view. 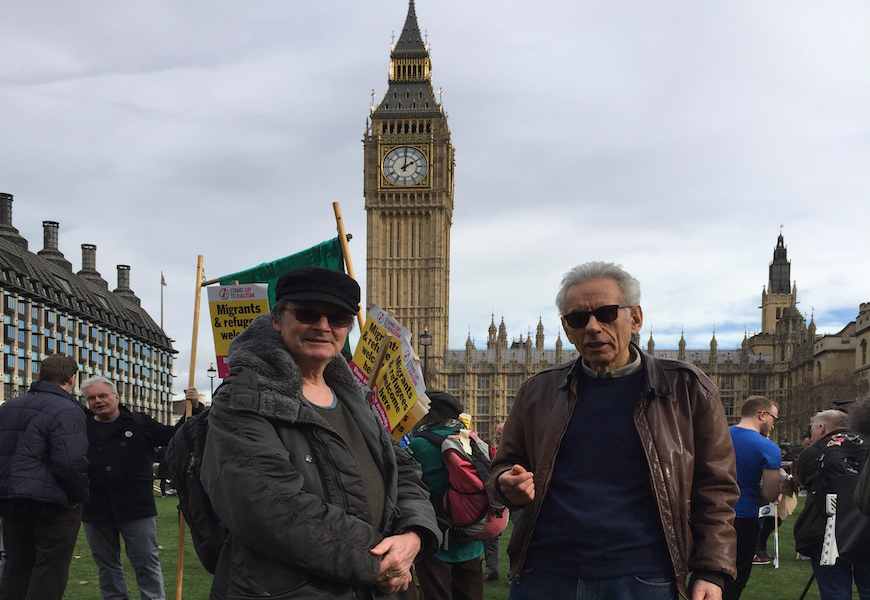 At his prodding I occasionally wrote for Public Reading Rooms. Among my contributions was A Face to be Punched about Boris Johnson. Recently he tried to get me to review The Deceit Syndrome written by Paul Hobday. Google Books says, “Becoming more and more alarmed about the extra misery and sickness he sees on a daily basis, his concern turns to anger when he realises this is a direct result of Government policy.” Robin said about it, “Even as a graduate with a degree in English literature, I’m obviously not the person to do this review.” At 600+ pages and on a subject I am over qualified to comment on I agreed. I turned the job down. This was not a task for me either.

Despite my occasional refusals, Robin and PRR would promote articles I had written for other online publications and generously offered me a sales platform for my memoir, Left Field.

When I was in hospital after my heart operation and again after my stroke, Robin would visit me. I was to find out later that he too had a heart ‘condition’ but he rarely spoke about himself and was more eager to bring his politics to my bedside for discussion.

Our political ‘platforms’ had taken the same route as our music; ex-SWPers but never anti those we recognised as involved in the same fight. With Jewish ancestry he was incensed by the Zionist attacks on Jeremy Corbyn and helped me with my article for The London Economic on the plight of Julian Assange. I will miss him badly from these ongoing struggles.

A few weeks after Mick Jagger had a heart operation, Robin wrote to me, “Being rich, the procedure was by trans-catheter aortic valve replacement. The technique was used to cure Tony Blair of the condition. I have atrial fibrillation. Not being rich, I was refused the procedure under the NHS.”
That was the first I knew he shared heart problems with me. We were in that fight together as well. I am so sad that he lost that one so tragically.

RecentIy I have lost a few friends to that ‘dark night’, but Robin’s parting has been exceptional. When I look at his photo I not only see the man, I hear him speaking. And I cry. Something else exceptional. Manuela tells me that one minute after his last child, his son Sam, joined Manuela and his sisters at Robin’s bedside, he died. They say he had been unconscious for several days with no electrical activity in his brain. Really?

I used to ring him two or three times a week. Although our conversations started with the political struggle they soon moved on to music. I enjoyed interacting with his caustic sense of humour which made him seem curmudgeonly to some people. But once your metaphoric eyes adjusted to his emotional headlights you became aware of a wonderful soul who was trying to take those around him out of a very dark tunnel. He was, in fact, lighting and enlightening the way. I will miss his headlights.

Robin is survived by his wife Manuela, daughters Dany and Alice and son Sam. Unlike Robin and me, Sam doesn’t just talk music. He was a keyboard player for Amy Winehouse and today performs with his own group, Hejira.

Anne and I send our love, our condolences and our tears to them all.

I never asked Robin if he liked Lennon’s ‘Imagine’ – but I know he would have agreed with the lyrics. After all, he lived them. I can see him walking beside these two down that path, but he would have turned back at the door and refused the offer of a drink. Watch this, listen and think of this dear friend of mine.