You are at:Home»Politics»What to do about the NHS ‘sick rose’ as the privatisation worms gnaw at its innards?

The awful legacy of the PFI legal robbery: Is it cheaper for the taxpayer? No it is not. In every area it has been adopted, it has cost more, and will go on costing more.

David Wilson has a heart condition requiring a long stay for treatment in Barts Hospital, London, which is still – just – in the NHS.

Barts Hospital is a microcosm of UK society today. It embodies all the best and the worst. The NHS staff, from the doctors, surgeons, nurses and laboratory workers, to the caterers, cleaners and porters, work with love and commitment to the patients. They are of all nationalities, from across the EU, and from Ghana to the Phillipines.

My brain surgeon was Nigerian and my heart surgeon was Egyptian. Assisted by Italians, Spaniards and Brits of multiple ethnicities. I wasn’t awake on either occasion to take a full itinerary of those present.

The new Barts King George V building, where I have now been a patient for five weeks, is alive with all this and I have come to love and respect them all.

As I have mentioned before this brand new building is already a constructed disaster, financed on Public Finance Initiatve (PFI). The air conditioning / heating has never worked properly and the UK taxpayers will be paying off the inflated costs to the private construction companies for decades. Many of the services, from catering to porterage and cleaning have been sold off to the privateers from Serco to Virgin Care, with their staff recruited as agency workers on low pay and without contracts and unions.

Few people know what PFI is, which is no surprise since it is a sleght of hand and no magician likes to publicise his/her secrets! It is about government borrowing money but not having to set it against the public sector borrowing requirement. It allows the private sector to get involved in the health services without incurring risk. The result is a massaging of figures which allows for legal robbery from the public purse.

How this is done was spelled out by the great and very much missed investigative journalist Paul Foot (1937–2004). In his 2004 report An Idiot’s Guide to the Private Finance Initiative, published in 2004 when privatisation of the NHS was being pushed through with neoliberal zealotry by Tony Blair’s Labour government, Foot concluded:

“What is already clear is the awful legacy PFI has left behind. Is it cheaper for the taxpayer? No it is not. In every area it has been adopted, it has cost more, and will go on costing more. The PFI buildings are as prone to disaster as buildings constructed by any other method…. ‘Borrow more and charge more’ will forever be the PFI slogan of government, even if that means wholesale abdication from responsible accounting and eventually from all democratic government.”

Dr Phil Hammond, the campaigning doctor and broadcaster, has given examples of what Paul Foot identified as the PFI scam:

“It remains a very powerful contribution and warning of the dangers of poor value deals in the public sector, the appalling debts that result, the greed and profiteering of the private sector and the reckless stupidity of politicians who are still trying to keep PFI alive with PF2. Instead, the government should buy back these debts and renegotiate the deals for an amount that represents fair value to the NHS and the taxpayer.”

Phil Hammond is touring his Happy Birthday NHS? stage show to glowing reviews and packed audiences, and has announced that in any upcoming general election he will stand against the right-wing Tory MP Jacob Rees Mogg, who is a pontificating advocate for PFI and privatisation generally.

Back here at Barts Hospital, EU staff are worried for their futures if Brexit goes ahead. They will leave and some have already done so. Who will stand by them and stand up for the NHS? Obviously not our breakit government who will brexit us even further in the direction of the PFI model of massive profits and maximum exploitation. This will be boom time for Serco and their bigger US companies, already on daily flights into Heathrow from JFK  — vultures hovering for rich NHS pickings.

There is no hope either in Chuka Umunna and other right-wing Labour MPs, whose commitment to the neoliberal agenda makes them nostalgic for the years of their hero, Tony Blair.

Our only chance is with those who are genuine internationalists and who are fighting for free movement across and beyond the EU and its borders. Don’t believe me? Check out this discusion between Yanis Varoufakis and Jeremy Corbyn, in which they outline the  “remain and reform” position they both argued in the Brexit referendum of June 2016.

The Steve Bell cartoon at the head of this article, satirising the privatisation of the NHS, was donated to Keep Our NHS Public to help raise funds for its campaign . Bell took his inspiration from the William Blake poem The Sick Rose. 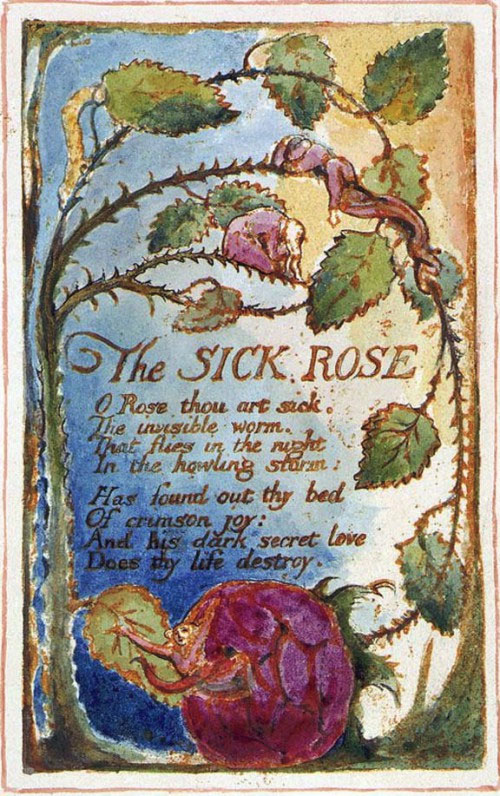